My year in food

My son’s map of the USA

I’ll be honest. 2017 didn’t start off that great. I didn’t think it would be that memorable of a year in food for me, especially since I was only interested in making a handful of comfort food recipes. Some of my favorites:

But, like every 2016 presidential election prognosticator, I was wrong. 2017 was a great year in food. But don’t take it from me, the person who accidentally burned a plastic spatula while trying to cook lamb meatballs because she was busy reading a story about Al Franken and still ate the meatballs even though they were uncooked in the middle and may have had melted plastic on them.  Take it from the Michelin people, who came to Thailand (Wonder why? Doesn’t matter) to anoint 17 lucky happy eating places with their coveted stars, and the just-as-important bib gourmand to a bunch of other people at 33 happy eating spots.  Dreams do come true, you guys.

The recipient of one Michelin star (it’s Jay Fai)

Of course, Thais being Thais, there is already plenty of grumbling about who got what and why. For once in my life, I am not going to add to that chorus. Congrats you guys! Good for you! Please continue allowing me to eat in your restaurants! Thank you. 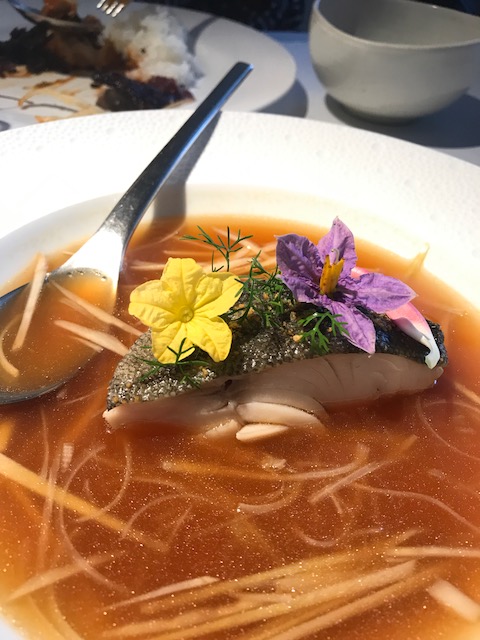 The emoji menu at two-Michelin-starred Gaggan

And of course I’m waving the flag for all the bib gourmand recipients, including Soul Food Mahanakorn (those guys once said hi to me) and the taciturn guay jab guy in the porn theater in Chinatown (he never says hi to me and I can’t tell you how many times I’ve been there). Because I’ve eaten at most of these places, I feel a sense of ownership, just like if I was a member of the Michelin team myself. Of course, I was not. Just FYI, I’m free next year, you guys. I could make some room in my schedule for you.

I gotta say, even though no one asked me, the Michelin folks have included a pretty judicious selection of street food spots. Do you think this will change the current government attitude to street food vendors? And, just an observation but I cannot help but ask: who chooses the photos that go with these restaurants? Is there a stock photo factory of rando table settings in France somewhere? Because that is definitely not Soul Food, Sanguansri or for God’s sake Jay Oh with the white tablecloths lol. Someone who looks at this might get ideas. 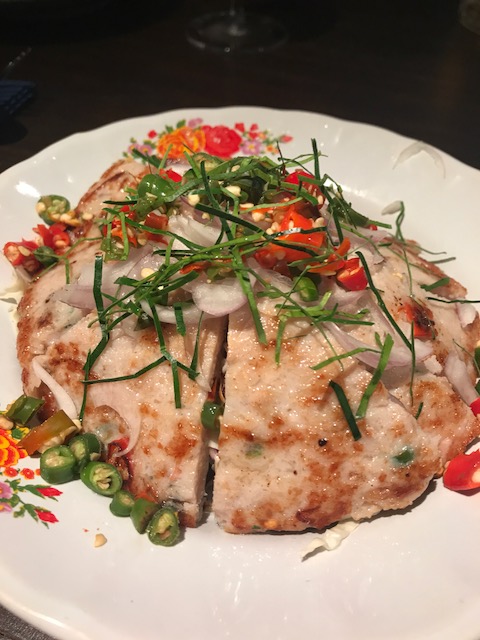 Spicy fried sausage at Sri Trat, one of 76 “The Plate Michelin” recipients

But I have had meals this year that have not been at eateries lauded in the Michelin guide. Here, my own guide to the past year’s good eats: 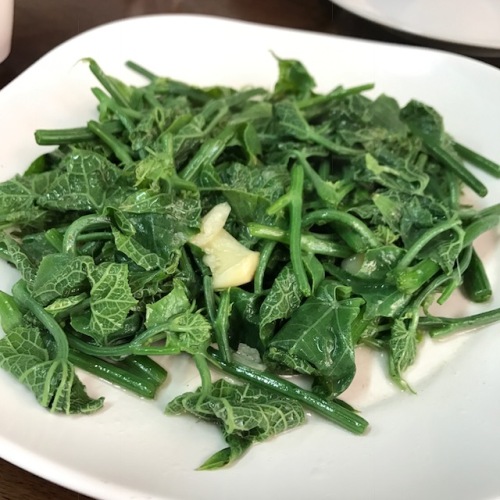 A plate of som tum at Krua Khun Ton in Korat

I am, for once, looking forward to what the next year will bring. I hope that doesn’t mean it will be a crap year!

Happy New Year, all! Thank you for sticking around.

Thank you and farewell at Teppen