Postcards from the edge of the ballroom 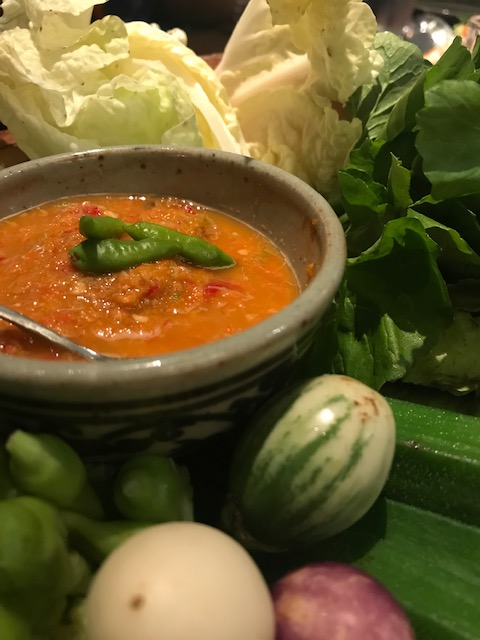 I arrived super early in the morning, as the Park Hyatt was still setting up. Executive Chef Franck Detrait, already a little disheveled from his early morning tasks, smiles a little when I ask him what’s for dinner. “It’s a surprise,” he says and I laugh, but it won’t be a surprise to me, because I wasn’t invited …

… and that is exactly the absolute last time I mention this, I promise.

It’s the day of the Michelin Guide 2019 launch, the second of its kind in Thailand, expanded from the original Bangkok to include Phuket and Phang-Nga.  Dinner tonight is for 280 people and a five-course affair, which will end with a coffee mousse, a tidbit I managed to pry from the more gregarious pastry chef. Looking at me, breaking news. You got it here first. 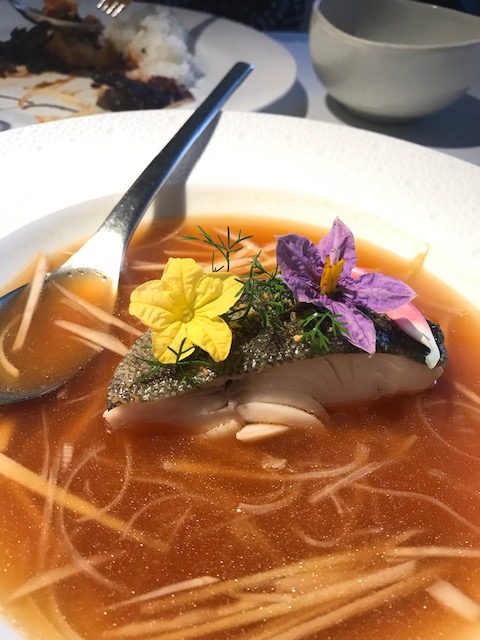 A fish dish at Paste, a Michelin-starred restaurant

The focus of the celebration is the “little red book”, which has weathered its share of controversies since its inception in 1900 as a little motorist’s guide to decent restaurants and inns along the roads in France.  That hasn’t ended in Asia, where the idea of even having a Michelin guide has been questioned. Who are these people who will judge our food, went the familiar refrain, exacerbated by Michelin’s secrecy and committee of anonymous inspectors, features meant to keep the judging process sacrosanct but also frustratingly opaque. For example, one does not know where George R.R. Martin is in the “Winds of Winter’ writing process, aside from the hints gleaned from a few released chapters.  One can only guess, and in those guesses, allow one’s imagination to run rampant. Will we never see it at all? Will it be finished by a beleaguered editorial assistant working off of Post-it notes slapped to the side of a Vista PC? Will it be released in 50 years for our grandchildren to enjoy and then remake? No one knows these answers. Just like no one knows exactly who is making the decisions for who gets what in Thailand’s dining scene, but conspiracy theories and criticisms abound. And the results can change lives. 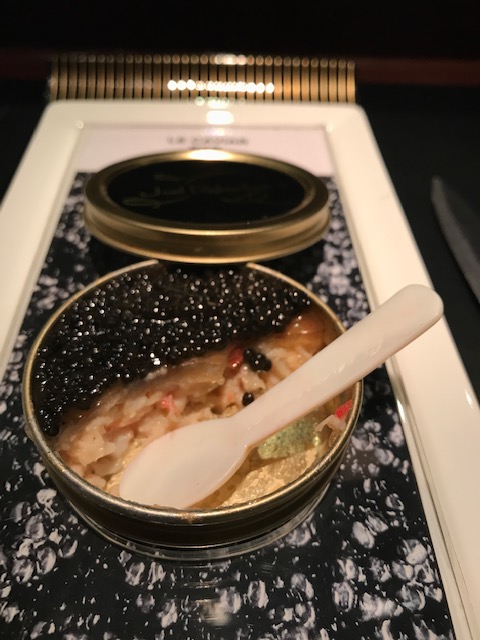 For Thailand, the most striking example of the power of the Michelin Guide is probably still Jay Fai, whose business changed overnight. After a year of adjusting to the increased queues and working hours — and scrutiny — Jay Fai now says she has her schedule down well enough that she can work non-stop from 2pm to 1am, 5 days a week (or more if the pu yai request it). In fact, she plans on expanding her menu to include the dishes she neglected for the past year in favor of omelette after omelette, such as her blanched white fish with veggies or her sukiyaki with homemade sauce. She has even adjusted well enough that she can take on side projects such as the pending cooperation with Thai Airways, where she has already tried out adapted iterations of her stir-fried crab in curry and drunken noodles in their gigantic kitchen.

A wok in motion at Jay Fai 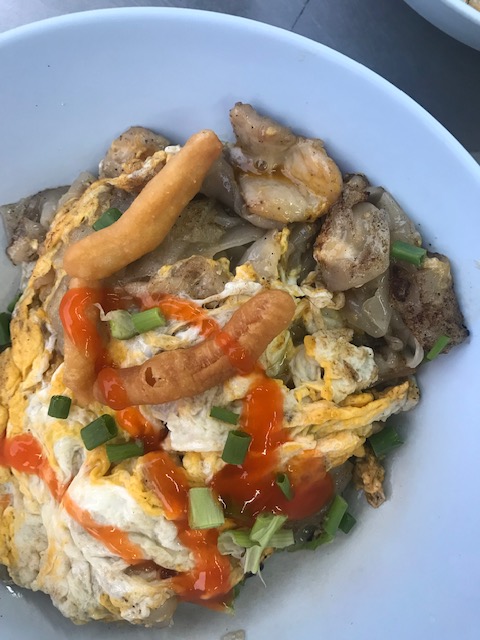 New entrants to the guide are also hoping to haul in that Michelin largesse. They include first-time Michelin stars for Methavalai Sorndaeng (my grandpa’s fave, don’t forget the gratong tong or deep-fried pastry bags), R-Haan, Saawaan, Canvas, Ruean Panya, Sorn and Suan Thip (Chef Bee of Paste’s fave); a doubling of the Bib Gourmand ranks to include newbies like Thai sweets extraordinaire Kor Panich, Lai Rot (but only on Rama 6), and the dudes at 100 Mahaseth; and Plate newcomers like Sushi Masato, Jidori Cuisine Ken and my fave Thai-Chinese raconteur, Chef Jok of Jok’s Kitchen. 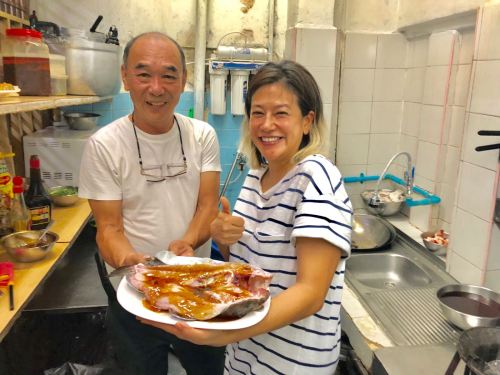 Chef Jok in his tiny kitchen with groupie

There’s also Phuket, where you see welcome names like La Gaetana, Thu Gub Khao and of course the ever-delicious Raya. Entrants from Phang-Nga look thin on the ground but that actually might be a good thing for now. And the street food sections in the guide look robust, although obviously I have some complaints (still no Chia duck noodles or Sainampung chicken noodles? Come on guys). 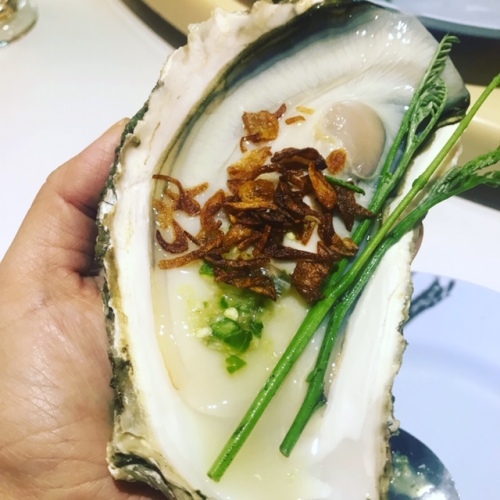 An oyster at Sornthong, a Michelin Plate restaurant

There are more women this year, which would make sense given that there are a total of 217 restaurants this year, up more than 81 over last year and with 10 new stars. This probably also makes sense given that Thai food makes up fully half of the cuisines in the 2019 guide. Still, need we single the female chefs apart for their own photo shoot to cries of “girl power” from the audience, a la the Asia’s 50 Best “Best Female Chef” award? Is this a European guy thing? It’s not like they are horses walking on their hind legs. Women have been cooking for at least as long as men. Hopefully soon, maybe even sooner than “Winds of Winter” come out, the recognition of talented female chefs will not be treated as such an anomaly.

One response to “Postcards from the edge of the ballroom”