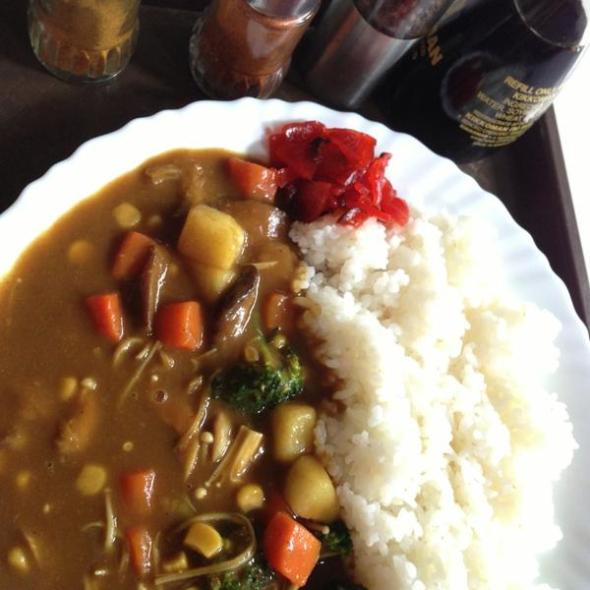 I want to say from the outset that in no way am I a Chicago fan. I am not a 65-year-old man, despite what you may have heard/seen. But I did recently give Chicago IX and Jefferson Airplane’s Volunteers — recorded by two bands that the late great music critic Lester Bangs reportedly loathed — another listen and found that they were better than I remembered. I know this makes me hopelessly middle-aged.

I mean, I haven’t completely lost my mind; “Color My World” still makes me want to jump off the nearest cliff (RIP rock flute solos. RIP forever). But it’s nice to hear something sometimes that sounds like humans had actually put their hands to something and played it; that they had made mouth-noises which had been captured the way they had sung it. When compared to a lot of the popular music out today, it actually sounds like it has some sort of authenticity to it, in a way that it may not have had when it was actually released. Issue me that AARP membership card now.

A lot of the food in Bangkok is very good, but some of it also has this abnormally polished, blank quality, like it has emerged from the flagship restaurant of the nearest Aman resort. It’s engineered to be “good” and “tasteful”, the way Banana Republic clothes are engineered, or the stuff at Pottery Barn. Sometimes, if you go really upscale, you can get — oh, I don’t know — the culinary equivalents of Tory Burch and Restoration Hardware. The point is this food is designed to please as many people as possible, regardless of where they are from, what they really favor, or who they are. This renders it seamless and kind of neutered — sort of like what I imagine the Velvet Underground-loving Lester Bangs hated about Chicago. Maybe this means that this is the sort of food I’ll be missing in 30 years’ time.

This is why street food is so popular here. Although you do get the “tourist trap” places that specialize in sloppy fried rice and hot dogs on sticks, the very best ones take great care in their food despite their humble surroundings. That sincerity has translated so well that some Thais are just starting to accept that maybe, just maybe, non-Thais want to eat street food too. Street food vendors become more confident and begin to experiment with new things and new formats. This is how you get a place like J-Curry in the basement of the UBC II Building (591 Sukhumvit 33), a place my friend Chris (christao.net) first took me to a little while ago.

It might not strike you as street food, but I think it is: an open-air stand serviced by a couple of tables and chairs, but with backs on them and a neon sign because, hey, it’s Japanese food, so it’s a little fancy. A straightforward menu of different Japanese curries — from simple broccoli (110 baht) to beef, cheese and egg (195 baht) — is obviously the main focus here. And, this being Thailand where everyone reserves the right to re-season everything they are served because that’s just how it is, each plate arrives with your own personal shaker of curry powder, chili powder, black pepper and soy sauce — just like the condiment trays that arrive with your bowl of noodles.

6 responses to “Color My World”