On the way over to Taipei, I saw an episode of the TV show “Louie”, which features American comedian Louis CK. In this episode, Louie and his brother engage in a practice they refer to as “bang-bang”: having a full meal at one venue before going to a completely different type of place and getting a second full meal there. There are different combinations they play with before deciding on “Indian-diner”, which, to me, is just an OK combination since you can cheat on the “diner” side of the quotation with just a Greek salad or something, whereas something like “Italian-barbecue” is a real, full-on, genuine pig-out. (This, from the person with $^%&ing GERD.)

Anyway, when they are talking to the waitress at the diner later, Louie treats his “bang-bang” mission as something to be hidden and ashamed of. This marks my first disconnect of the day: that this is something to hide away. Because I do this shit all the time. It is called “lunch” and “second lunch”. Sometimes it is “second breakfast”. I am too old to have “second dinners” anymore. The point is that this is perfectly normal behavior that every food lover worth his or her own weight in potato chips understands and engages in. Sometimes there is not enough time to try everything you want to try. That doesn’t mean you shouldn’t try it! What’s the problem?

Faced with only two full days in Taipei, I was grappling with this very conundrum myself. There are a gazillion eateries in Taiwan’s capital, and only a few hours to taste them all. Do you think this meant I would have to do without something or other? HELL NAW. It was my first time in Taipei, and my very first experience with real Taiwanese food. I wasn’t going to chuck this opportunity with concerns about “diet” or “health” or “looking nice”, etc.

Thais like to consider Cantonese food the foundation of all great Chinese food. They say Cantonese food is the epitome of classical Chinese cooking, and a celebration of the light, natural flavors coaxed out of superior ingredients. I find this interesting because, even now, I still don’t get it. I still find it leaden and unappetizing, coated in gelatinous, saliva-like sauces. I know I am in the minority here, and likely traumatized from my childhood spent in every Cantonese restaurant located between Pittsburgh-Cleveland.

But no, I see Taiwanese food as the real embodiment of this light/natural aesthetic — minimal manipulation with great ingredients, minimal fuss, and unusual, thought-provoking combinations. The great difference between this and what Thais like is that there is no grand wallop of flavor. It’s introverted food, subtle, a little cerebral … some might even call it retiring or shy. It takes a little time with a dish to get to know it well. It’s not out to seduce, like Thai food, or wearing its resume on its sleeve, Cantonese-style. In this way, I feel like I can relate to Taiwanese food in a way I can’t with the more ESFP-geared charms of a place like Thailand or Hong Kong.

So when there were three places I really wanted to hit on Yong Kang Street, one of Taipei’s most well-known areas for food, I was determined to find them all (a “bang-bang-bang”, if you will). The first, and most obvious, is the famed xiaolongbao eatery Din Tai Fung, an Asia-wide dumpling empire that has been lauded by the New York Times. Its flagship is just around the corner, on Xinyi Road, and is a huge tourist draw. How much of a tourist draw? The girl in front speaks fluent Thai, Mandarin, Korean, Japanese and Cantonese. Despite its tourist attraction status, its famous soup dumplings may be even better than anywhere else. The standard pork and chicken soup dumplings are available, but there are also variations like pork and black truffle, which require an entirely different spoon and absolutely no sauce. 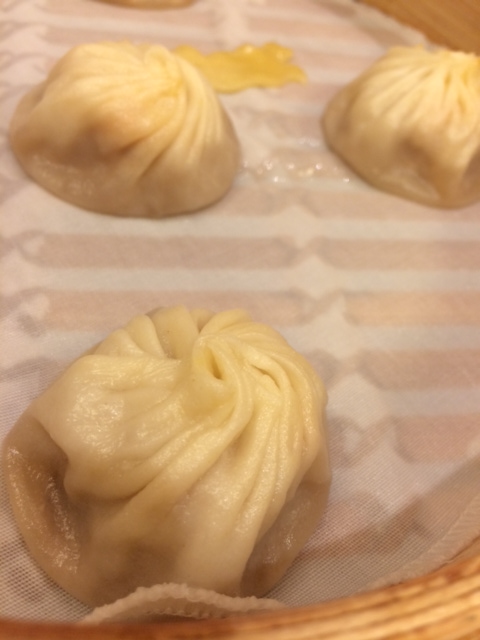 The second place featured one of my very favorite noodle dishes in all the world, danzai or “dan dan” noodles. I wanted to make sure I got them at Slack Season Noodles (also known as Tu Hsiao Yueh, located at 9-1 Yong Kang St), started in 1895 by a fisherman who made noodles in the off-time spent away from his fishing boat (hence the name “Slack Season”). Today, there are several branches of this place, but the most famous may be on Yong Kang Street, where a noodle vendor is still located out in front of the dining room, patiently enduring tourists taking endless photos of them. 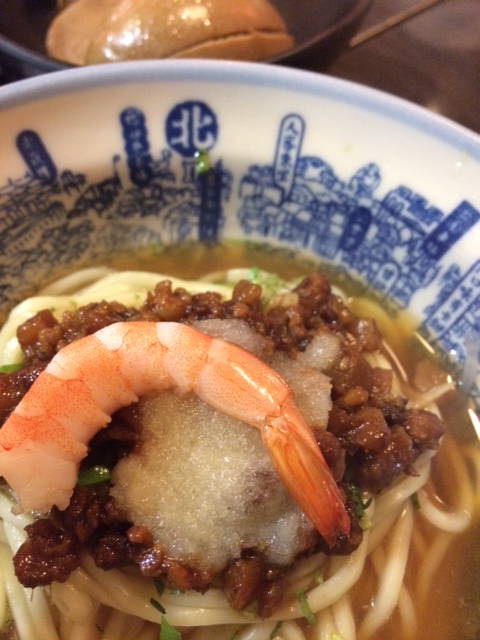 The final, third place was the hardest to get into, featuring the longest, most intimidating line. If it wasn’t called Yong Kang Beef Noodle (No. 17, Lane 31, Secion 2 Jinshan South Rd), I would have certainly walked away, but I didn’t come all this way to wimp out and deprive myself of Taiwan’s famous beef noodles. So in the line I went, listening to countless American tourists walking by and remarking on how some people are so “crazy” as to stand in line for food.

Well, let me tell you, the line was worth it. It’s not a beef noodle like in Thailand, where the broth is either thickened with cow’s blood and a representation of all that is beefy, or a clear broth that ends up being light and refreshing — it’s somewhere in the middle of the spectrum between those two. The broth is hearty and beefy, yet light, and the noodles chewy and satisfying, but it’s that beef that is the real star: thick melting slabs generous marbled and tender enough to be cut with a single chopstick.

But the real discovery here was the “spicy dumpling”, which featured a sheet of nearly-melting dough around a nicely-seasoned ball of mince, doused in a sauce thickened with fermented tofu. Could I resist a generous dollop of macerated red chili with garlic to accompany it? Of course not.