Jumbo shrimp in the old capital 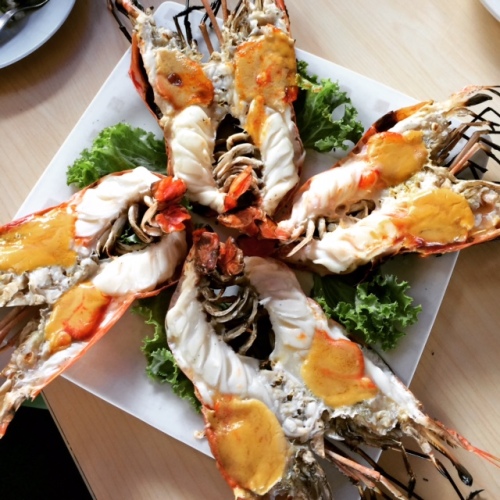 For whatever reason, I’ve been going through all my old things, combing through high school and college mementoes for no reason other than to delay doing real work. Aside from the occasional wince-inducing photo with Ill-Chosen Boyfriends 1-5, I stumbled on a treasure trove of music — or, at least it would be a treasure trove if I still had a cassette player, because I don’t have one, and haven’t seen one since about 1999. 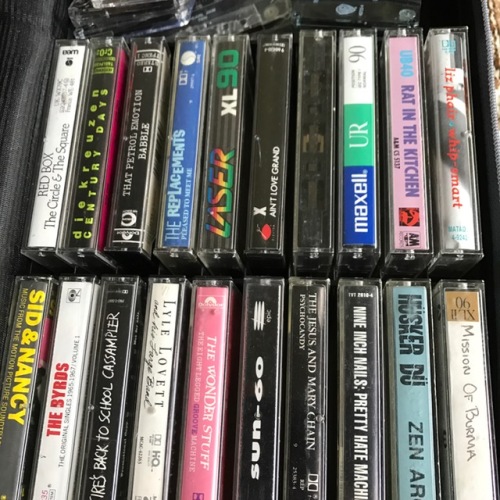 Tapes. Lots and lots of tapes, in a blue zip-up Case Logic container, remember those? Mix tapes, too, because that was how people showed their love back then. It was the music I listened to from roughly 13-17 — the best music of our lives, at a time when it mattered most to us, before we got really busy or our tastes corrupted by boyfriends who preferred classic rock. I would argue that the music of 13-17 is the music we love most. Even if it is New Kids on the Block, or Spice Girls, or whatever else you are too cool to admit to now. You will always secretly love this music most.

Finding those tapes was a blessing and a curse, because it inevitably led to … where the hell are the rest of my tapes?! Where is my Kate Bush “Hounds of Love,” or my XTC “Skylarking”, or even my China Crisis — stuff I listened to nonstop along with the Replacements and my “Pretty in Pink” soundtrack. What happened to REM’s “Murmurs”? Who took my Bauhaus? And how the f#$k did I get four copies of Pearl Jam’s “Ten”?!

River prawns are the mix tapes of Thai cuisine. Bear with me here. They are like foie gras to French food, caviar to the Russians, hamburgers to the USA. They are, inevitably, the favorite food of Thais, secretly or not: big, juicy, flavorful, adaptable to nearly every Thai treatment and ubiquitous if you aren’t too picky.

That’s the bad thing about them, too. Because, while you can get them anywhere, even Chiang Rai, even down the road from your house at the corner next to the gas station, it’s not the best. No, the best you can get is in Ayutthaya. Really. Every Thai knows this. The best grilled river prawns in the country are in Ayutthaya, the old capital of Siam before Bangkok, and still the unofficial capital of all that is prawn-related. And, in Ayutthaya, the best grilled prawn restaurant is arguably Ruan Thai Goong Pao (1/2 Moo 4, Wat Cherng Lane, Tambon Ratchakram, 035-367-730). So when my friends Nat and Cha invite me for a lunch a mere 18 songs’ ride away, of course I will say yes. 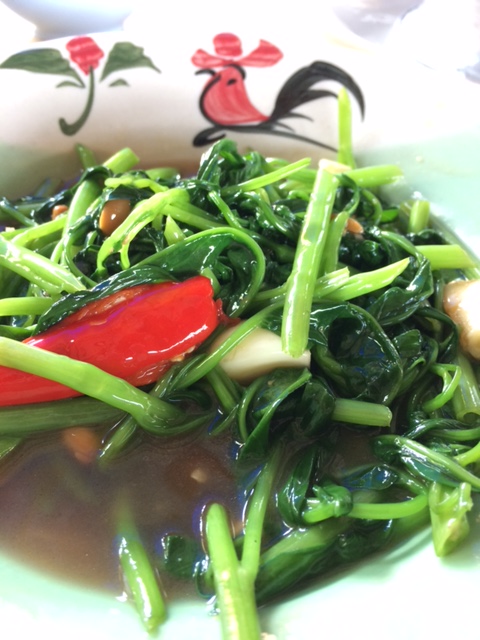 It’s easy to say that anything tastes good as long as the dipping sauce is decent, and that saves a lot of Thai seafood restaurants all over the country. But when the prawns (and I use the word “prawns” because “shrimp” doesn’t really convey the size of these things) don’t really need the dipping sauce, that is something special. They come to the table hot, halved, and barely opaque, meant to be pried — with difficulty — from their shells in a way that makes it impossible for you not to splatter your neighbor. The orange goo in the head, meanwhile, is supposed to be mixed, painstakingly, with each grain of rice on your plate, so that everything is coated in shrimp head. Nat and Cha look askance at my attempts to dab the top of my rice with the goop like butter on a cobbler, but I can’t help it: shrimp goo is just not my thing. But if you are Thai, or truly know Thai food, that is the way you are supposed to eat all your river prawns.

It’s not just about river prawns: there is the obvious tom yum, or spicy lemongrass soup with seafood, and shrimp baked, Chinese-style, in a pot with glass noodles 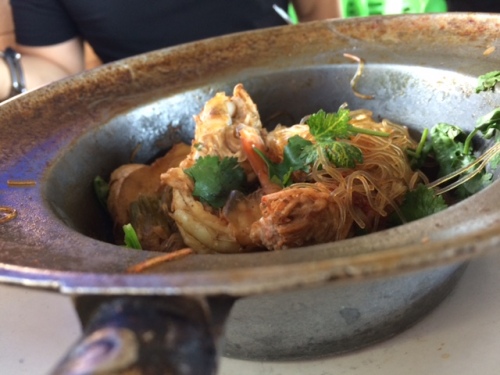 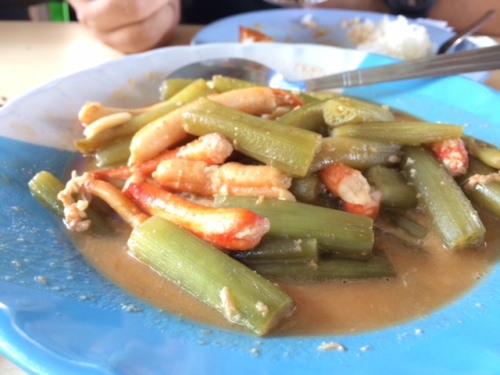 But if you go without having a single grilled river prawn, just go ahead and buy the ticket out of Thailand right now. Because that is ridiculous, the equivalent of owning four copies of Pearl Jam’s “Ten”.

2 responses to “Jumbo shrimp in the old capital”