A lot of people want success, but many struggle to define it. This is probably because the definitions of success should be as varied as people’s personalities, but the loudest people continue to insist on measuring it via concrete parameters like money, awards and/or Google alerts. By these measures, Kim Kardashian is successful. Donald Trump is successful. Harvey Weinstein is successful. But if I were to choose my own role model for success, I would choose Meg White.

I think Meg White is a great drummer. Or, I should say, as good as she could have been, under the circumstances. Jack White (he still uses her name) recently said that for all intents and purposes, he is the White Stripes. Technically, that may be true, but spiritually, it is not. Because Meg — perhaps even more than Jack — understood fully that the White Stripes were a showcase for Jack. She accepted her supporting player role with grace, and only asked to be respected by her partner. When that wasn’t enough, she chose to leave.

It was Meg who made Jack, leaving open the spaces that he could choose to noodle around in, the ominous silences that another, more insecure, less giving drummer might have been tempted to fill. And did Jack ever fill up space: not just physically, but onstage with his shrieking and soloing and unnecessary exhortations for Meg to “come on!” as if she was going anywhere; offstage with his motormouth interviews in which Meg seemed simply content to sit silently and just be. She — his first wife, his fake sister — was the best partner Jack could have ever had. Her generosity and, let’s face it, love for her ex-husband was what really drove that band.

And what did she get for her trouble? She was derided as a bad drummer (see: The Onion’s “Meg White Drum Solo Maintains Steady Beat for 23 Minutes”.) Her playing was described as “rickety” and “rudimentary” by professional music critics and “always behind” by fans who now can’t put their finger on why they don’t like solo Jack White as much. Hers was the apex of generosity from one person to another, playing the perpetually bumbling Hastings to Jack’s Poirot. Meg gave until she couldn’t give anymore, and then disappeared into Michigan with her riches, presumably to live a well-off, comfortable existence on her couch watching Netflix and ignoring Jack’s phone calls.

It would appear that Jay Fai would like to follow in Meg White’s footsteps. She won a Michelin Star last year, but that blessing seems to have been mixed (I think my favorite story on this is by my friend and fellow ASOIAF aficionado Oliver). Jay Fai had always had a steady clientele, but her relatively high prices kept her from being as packed as her neighbor, Thipsamai pad Thai. I’d heard that Michelin had transformed all of that, literally overnight. Since the last time I visited was the night before the Michelin awards were announced, I decided to go a few days ago to see if anything had truly changed. 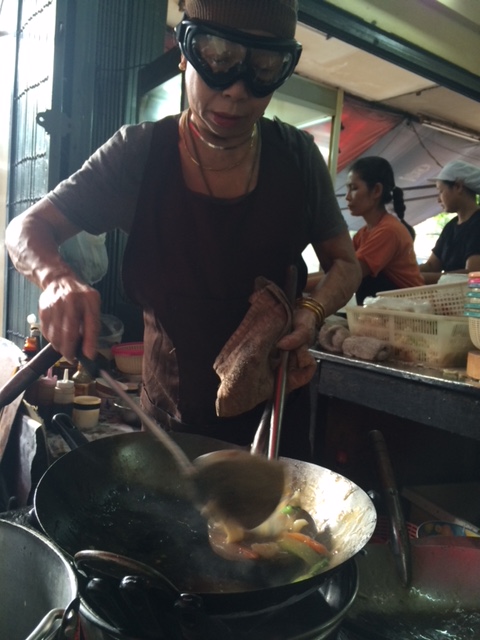 You must now put your name on a waiting list, but if you are organized enough (the wait is truly, excruciatingly long), you should call ahead, because they now take reservations.

There was no tax inspector sitting outside (how I would have loved to interview them) and the menu had not changed, but the outside tables were now filled with very patiently waiting diners, content to grab beers from the 7-11 across the street and wait it out until alrealdy-full tables finally finished their meals.

As for the food … well, the wait was long. And despite the partial barrier to her wok station that shielded her from the prying eyes of the street, people were still happy to treat her like a panda at a zoo, taking videos and photos next to her as she fired up omelet after omelet (for some reason, she’s now known as the “omelet lady”.) When our food came, we were happy to see it, and even better, her cooking appeared to not have changed in  quality. Granted, at 73, she is no longer at the apex of her wok-frying powers, but consider her something like 1990s-era Elton John, or The Who post-“Who Are You”, or The Clash after Mick Jones, or Coldplay after … … … … … … … … … … … … … … … uh …

Anyway, the point I was making was that I was a big cheerleader for Jay Fai, from the very beginning. I wanted her in every guide and to get all the recognition that I felt was her due. When that recognition did arrive, it did not seem to make her happy; in fact, it appeared to create hardships for her. This was not success by her parameters, but by other people’s. I recognize now that I wanted this recognition for her because I wanted to validate my own opinions and those of people like me. She herself could take it or leave it (but she could probably leave it). 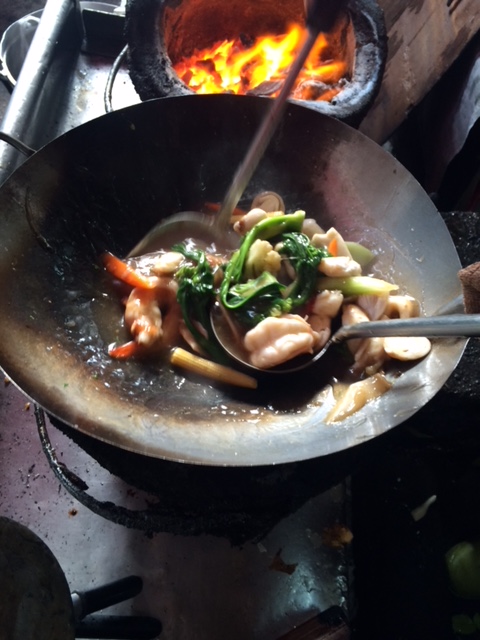 I now hope for her to get her Meg White moment. I mean, come on, she’s not going to stop cooking, because she knows nothing else. But if her star were to fall by the wayside this year, it would not be the end of the line for her. She would be just as happy in her own spiritual Michigan, cooking up stir-fried crab in curry sauce (the superior choice to the omelet) for her regular customers and ceding the spotlight to someone else. 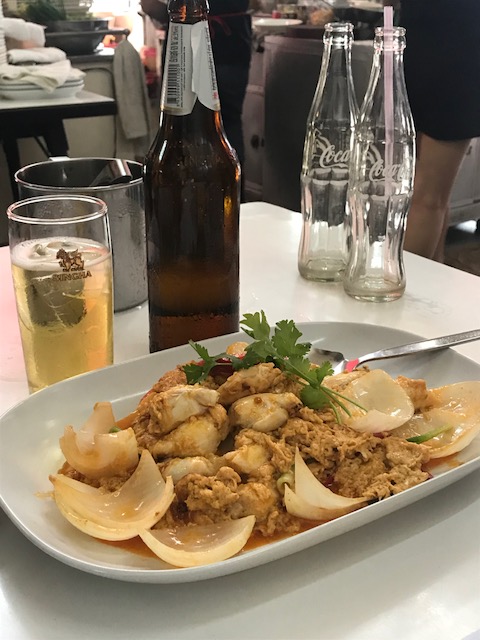