When food is the enemy 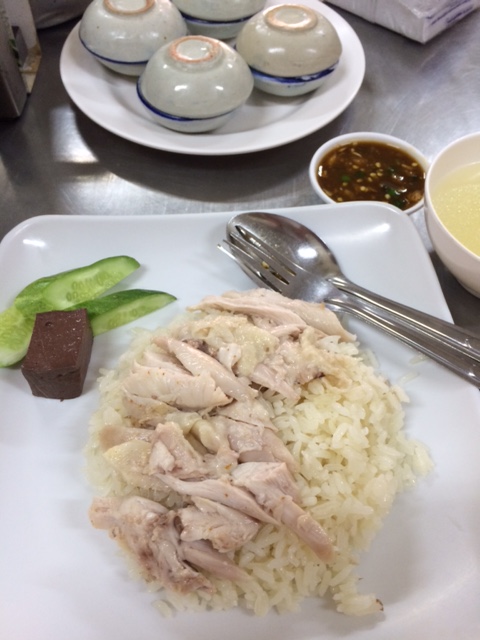 It started with the insomnia. Sleeping two, maybe three hours a night, only to wake up to a still-dark room and a dispiriting “2:00” or even “12:30” on the clock. I started binging on sleep products. I did acupuncture, reiki, kinesiology, any treatment that could possibly help. My days went on like before. But I began dreading the sunset and the sinking feeling of disappointment that awaited me every time I opened my eyes. It wasn’t until I had a panic attack at my friend’s Thanksgiving party when I started thinking that there could be something really wrong.

It was, of course, psychological. I was diagnosed with anxiety and depression and put on Prozac. But my parents always suspected it could be something else — something hormonal. Something like menopause. I mean, once you head down that avenue, why not go all the way? So I met with a doctor in Bangkok Hospital Chinatown who took vials of my blood, sent away to Germany to be analyzed for whatever it was that could be making me batshit crazy.

I went away to the States to stuff myself with spinach-artichoke dip, tub-sized salads doused in blue cheese dressing, hamburgers capable of feeding a family of four and enough Buffalo wings to sink a miniature Titanic. This turned out to be a good decision. Because when I came back, Dr. Tanupol — spry, slim, blessed with the skin of a 10-year-old — told me that not only did I have an overactive adrenal gland and a creaky thyroid working at 50 percent capacity … but that I was also cursed with a host of food allergies that even Gwyneth Paltrow could be jealous of.

The list, helpfully alphabetized for my convenience, is long and even more insane than I am. Gluten, wheat, rye, barley, oats, spelt, wild rice. Cow’s milk, goat’s milk, sheep’s milk, and mare’s milk. Almond, asparagus, cashew nut, plaice. Eggs. Coconut and cherry. Heartbreakingly, mustard seed. I was to try to stay away from these items for six full months, until my body readjusted to the new battery of supplements he would prescribe me, to be taken daily and nightly, the hero to my wack wimmin’s issues because wimmin always be going cray. Only after six months could I be retested to see if I could really eat again. “You are Asian. You should just eat Asian food,” he said, forgetting that there is egg or coconut milk in almost everything worth eating.

Let’s be real: there is no way I can stay on this diet. Because PIZZA. PASTA. PIE. OTHER FOODS THAT DON’T BEGIN WITH P. Watching other people eat the food I want to eat is an interesting exercise in vicarious experience, aspirational living, and envy tempering. Like meditation, it’s a good mental exercise. At least that is what I tell myself.

So what to I do until then? Of all the street food that I could be eating, chicken rice falls squarely onto the top tier of things that I love (yes I know that soy sauce has gluten, but in the words of Donald Trump, give me a break). It’s a  Chinese-inspired street food dish found all over Asia, but no one quite does it like Thailand: the gingery, chili-spiked sauce, the fatty sheen on the rice, the tender hunks of poached chicken, the gleaming cube of blood. And the soup — it’s the soup, nowadays, that seems to set Thai chicken rice apart. Making a soup that will blow your socks off is the new black, and far easier than inventing yet another sauce to serve atop your chicken rice.

At Nai Thong (982/30 Soi Sathupradit 58, 02-682-4253, branch on Soi Soonvijai, 02-716-5664) the soup is a bracing, aromatic splash of lemon, grounded with a simmered slice of winter melon. It’s a soup eager to claim all the attention for itself, not content to play second fiddle to some tranches of boiled poultry. This would normally be annoying to me, because I delight in being annoyed by things. But not today. Not right now. 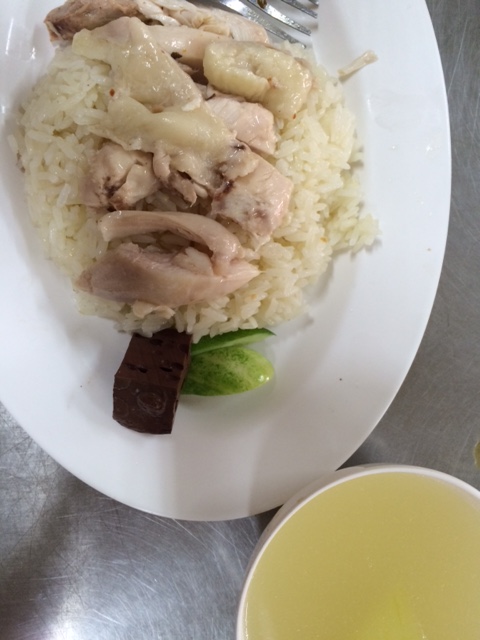 2 responses to “When food is the enemy”